Samuel M. Conely was born in New York and emigrated to Livingston County in 1837. The land on which he resided was purchased on his behalf in 1833 by Richard Lyon, an old friend, who he knew in New York.

Below is a sketch which appeared in the 1885 Atlas of Livingston County of the Farm Mr. Conely founded. The Farm was in Section 27 on the Southeast corner of VanAmburg and Buno Roads. The carriage is headed south on VanAmburg Road with Buno between the two fences on the left side of the sketch. Not shown on the sketch but further east on Buno would be Lyon School. 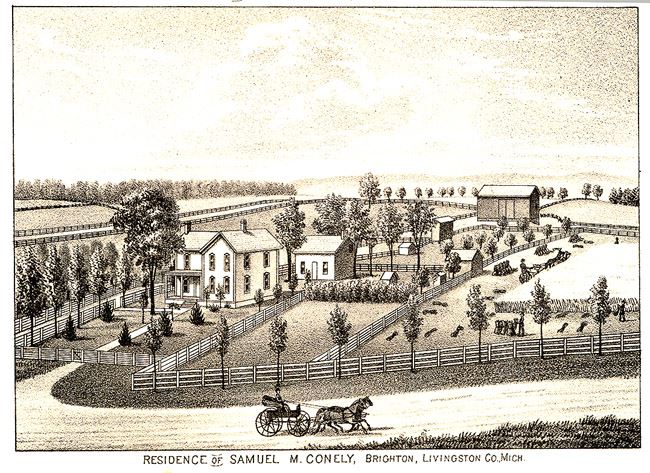